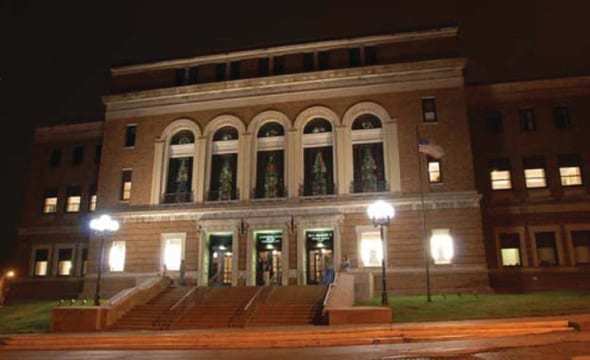 The Bloomington Center for the Performing Arts was the venue for the Illinois District chorus
and quartet competition Oct. 5-7, 2018.

The 2018 competition for Illinois quartets and choruses, held in Bloomington Oct. 5-7, included
several levels of contests, including district and international levels (international competition is
July 2019 at Salt Lake City). The winners:

District Chorus Championship: Won by Sound of Illinois, directed by Terry Ludwig. (Prior
winners must lay out two years before being eligible to win again; New Tradition was 2016
champion.)

Wildcard for International Chorus Contest: After all 17 district chorus contests were
completed in the fall, Sound of Illinois earned and accepted a wild card invitation to compete in
Salt Lake City, marking the 12th consecutive year as an Illinois representative.