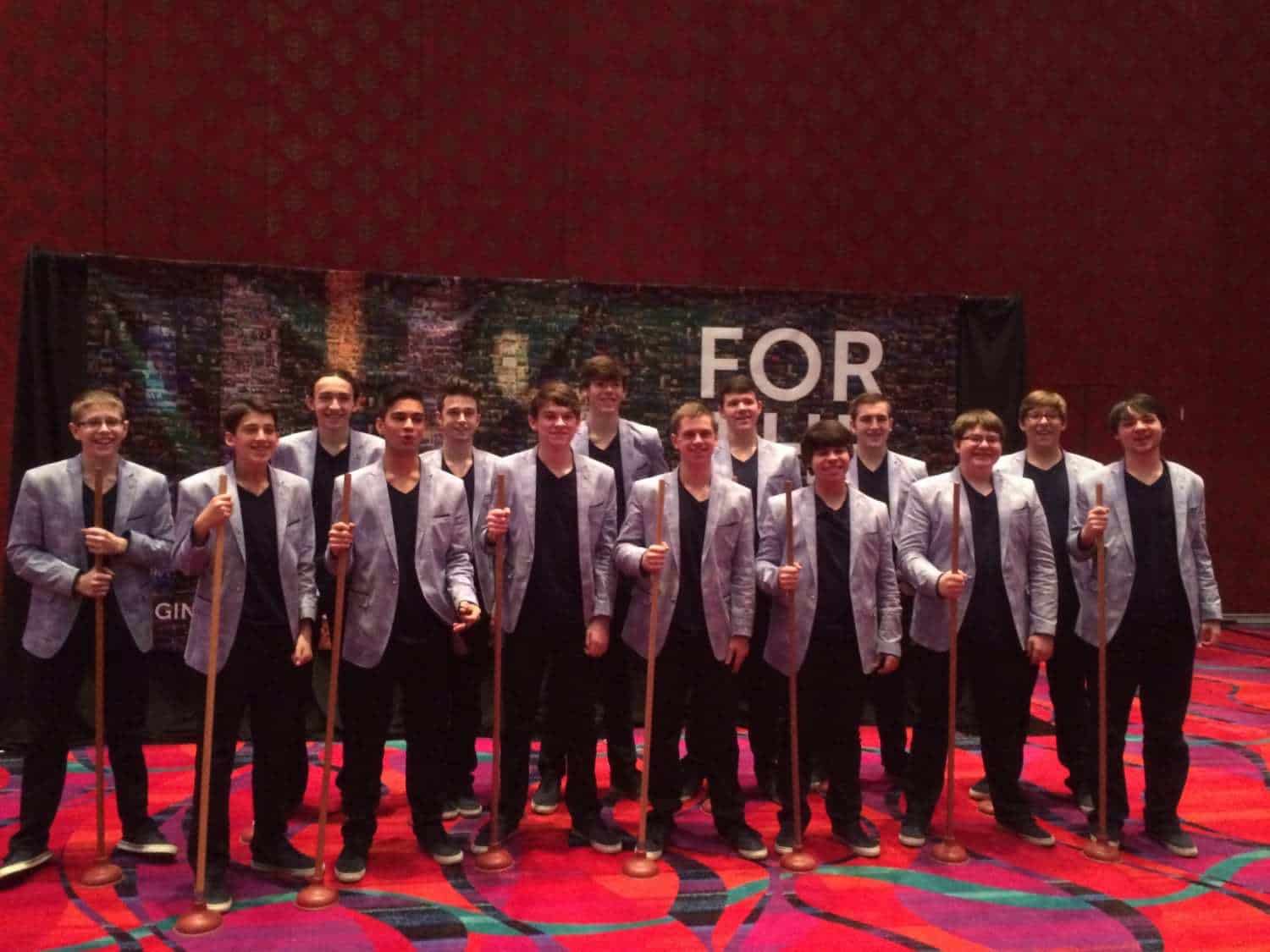 Mt. Zion’s Some Assembly Required drew a standing ovation from the BHS Midwinter convention crowd attending the International Youth Barbershop Chorus Festival in Reno, Nev. The chorus of 14 young men from Mt. Zion High School, under the direction of Rich Hansen, competed among 9 groups in Plateau A (under 18 years of age).

Winner of that grouping was Diocesan Boy’s School Choir from Hong Kong with 56 singers who scored Superior. Plateau AA (18-21) winner was Sounds of the Mouth, Chandler, Ariz.; Plateau AAA (21-25) winner was East Coast Sound, Caldwell, N.J. (find the scoresheet at http://www.barbershop.org/reno/). The contest was emceed by contemporary a cappella pop icon Deke Sharon, who also received an honorary lifetime membership from the Society.

Some Assembly Required opened with Love Letters, then performed Drivin’ Me Crazy, and finished out with a rendition of Crazy ‘Bout Ya Baby from the popular musical comedy, ”Forever Plaid” On that number, the group included choreography that utilized 14 full-length plungers!

Some Assembly Required received an “Excellent” rating and just missed an “Outstanding” rating by .2! Hansen said he is “very proud” of his young men, the first to represent the Illinois District at the youth festival. He was accompanied by colleague and Mt. Zion High School Choir Director Connie Mulligan as well as Illinois District executive vice president Jim Waldorf.

In addition to competing, the boys got a chance to rehearse songs with the other competitors in a mass chorus directed by Deke Sharon and performed on the Friday night show. Financial support for all competitors was made possible by the Harmony Foundation. Mt. Zion received additional support from the Illinois District, the Quartet Champions Association (QCA), Sound of Illinois and Coles County Choruses, as well as numerous individuals who donated through the group’s “gofundme” website.

As a “thank you” for all the local support they received, the group plans to perform for the Illinois district as part of the Spring Harmony Jamboree’s Saturday Evening Spectacular Show at the Five Points Theatre in Washington, IL on April 16, 2016.