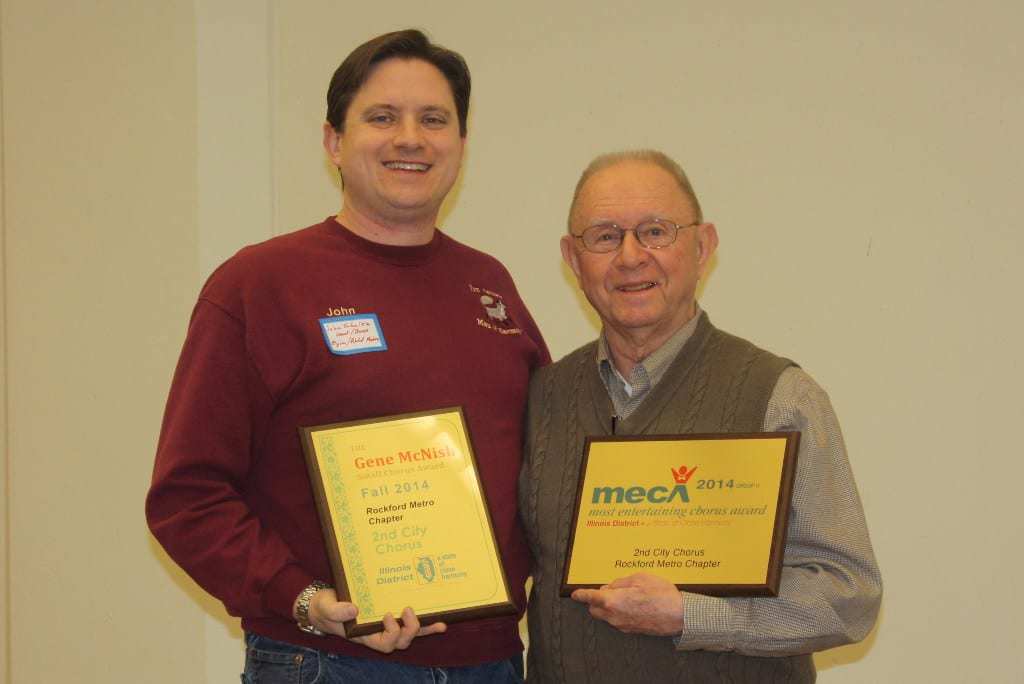 The after lunch program included discussions of timely BHS issues such as copyright legalities, future springs conventions in the Illinois District, the origins of IDAH, Rock Island’s membership increases, and the recent influx of talent female musical directors to some district choruses.

Carl Missele played full quartet recordings of four of the songs to be sung by the nearly-100-strong NIBC Mass Chorus, which will be giving performances this coming summer in outdoor venues.  These songs included “Be Our Guest”, “Daydream”, ” The Longest Time”, and “God Bless the USA.”  They will be supplemented by “Oklahoma” and “Hey Good Lookin”.  Bill Miller led a discussion and survey of a worthy name for the NIBC Mass Chorus, to be announced later.

Bob Squires took the opportunity to bestow engraved Award plaques to Lake County and Second City Chapters for their Chorus achievements at 2014 Conventions.  This Summit concluded early with songs and good cheer from all involved in this upbeat day. 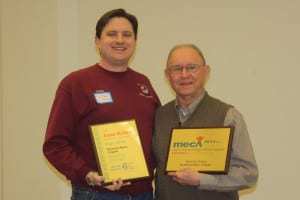 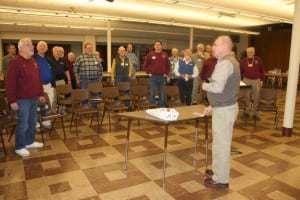 For more information on this event or the Northern Illinois Barbershop
Chapter Mass Chorus, contact  Bill Miller at 630-587-6383 or e-mail at
Bill42W264@aol.com