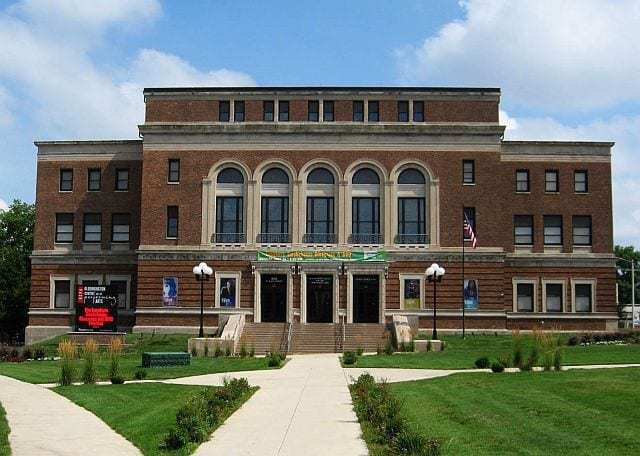 The semiannual meeting of chapter delegates of the Illinois District was held Friday afternoon, April 12, at the Stoney Creek Inn. Normal district activity was the order of the day, but the meeting did have a moment of controversy.

President Jeff Bowyer spoke of the interaction the Society is seeking with music educators, as typified by banners on the Society website promoting the joint efforts with the American Choral Directors Association. Bowyer also indicated that Society finances are not as bad off as first thought. Of course, the big issue is still declining membership, now numbering somewhere in the 23,000 range (Illinois District has dropped below 1,000).

Representing the newly merged Will-Cook Chapter (formerly Joliet and South Cook Chapters), former district president Earl Meseth spoke of the positive growth the co-joined chapters are making; however, interaction with Society headquarters about officially recognizing the union has not been as forthcoming.

Tim Woodall, chair of the Chorus Directors Workshop Intensive (CSWI), indicated that a session with directors will be held July 20 with the Lake County Chapter acting as host. Only five directors slots are available, so application needs to be made quickly. Contact Tim Woodall through the district’s webpage.

As usual in a House of Delegates meeting, a controversy arose concerning upcoming convention sites. Events Chairman Will Thorndike, who has toiled at this task for many years and through many changes and hardships, outlined the upcoming convention venues:

Thorndike spoke with trepidation about the uncertainty of venues for conventions in the upcoming years. Usually, these plans have been made five years ahead. Therefore, he is eager to solicit proposals from chapters and city convention bureaus to act as hosts. The key is to get specific details to him as soon as possible.

The point of controversy came when Syl Wetle, representing a consortium of Northern and Metro chapters, gave a detail proposal for hosting the spring 2014 convention at the Hyatt Regency in Schaumberg (adjacent to the Woodfield Mall). However, because of communication issues and the involvement of the Central States District in the spring 2014 convention, all the efforts of the Northern-Metro Chapters were of no avail. The combined convention with Central States appears to be a “done deal” even though questions remain about the contest and headquarters hotel venues, the hosting chapter(s), and hotel rates However, Thorndike urged the Northern-Metro committee to further pursue what appears to be a promising site for 2015 and 2016. Wetle, however, indicated that the hotel was unwilling to make a commitment that far out.

In unfinished business, the delegates were presented with updates of the new convention format for this spring, to include the chorus festival concept after the regular chorus contest. Another item concerned the need for a vice-president for the Chapter Seminar and Leadership Training (CSLT) as well as further progress on the Illinois District Mentor Program.

In new business, Society Treasurer Dwayne Cooper, a former Illinois District member, made a presentation encouraging participation in Harmony Foundation and spoke of how the Society is dealing with the membership crises.

An interesting issue is now being openly discussed at the Society level. Officials there are now listening to discussions that might allow districts to hold only one convention/contest a year (to determine chorus and quartet competitors for international) because of rising costs and poor attendance at the “off-chorus contest” convention.

New this year at the spring convention is the Harmony Platoon concept, an offshoot of the Society-wide Harmony Brigade concept. Participants sign up to become members, pay a $10 fee, and then download two songs and accompanying audio tracks. This year the songs were “Put on Your Old Gray Bonnet” and “When Maple Leaves Are Falling,” arranged and recorded by Jay Giallombardo Bloomington director Terry Ludwig was scheduled to lead the chorus, members of whom were expected to learn their respective parts before the convention.

President Bowyer briefly discussed a brainstorm that came out of the district presidents forum. The idea was to make an adjustment to district dues such that all members would have free convention registrations. However, district dues would have to raise by an unacceptable amount in order for the plan to work. There seemed to be little consensus for the plan, though it does reflect that all districts are dealing with district convention attendance problems.

The meeting concluded with a memorial service conducted by District Historian Bob Squires, honoring the Illinois District barbershoppers who had passed on since the fall convention.